A Fraternal Order Dedicated to Serving the Community

We are celebrating over 50 years of doing service for our community and the works of Elkdom. We are dedicated to all the charitable causes that the Elks have been performing for almost 150 years.
​
We strive to better our community with drug awareness programs, hoop shoot, soccer shoot contests for the children and support our boy and girl scouts.  Our Scholarship program, is only second to the U.S. Government. The big difference between us and the government is that we don’t ask the students to pay us back. Our Veterans receive all our support in special programs designed for them by our Elks.

Our Mission
To inculcate the principles of Charity, Justice, Brotherly Love and Fidelity; to recognize a belief in God; to promote the welfare and enhance the happiness of its Members; to quicken the spirit of American patriotism; to cultivate good fellowship; to perpetuate itself as a fraternal organization, and to provide for its government, the Benevolent and Protective Order of Elks of the United States of America will serve the people and communities through benevolent programs, demonstrating that Elks Care and Elks Share.

Origin
The Elks organization was founded in New York City on February 16, 1868 under the name “Jolly Corks” by 15 actors, entertainers and others associated with the theater. In ensuing years, membership expanded to other professions.

Purposes
This Fraternal Order was founded “To promote and practice the four cardinal virtues of Charity, Justice, Brotherly Love and Fidelity; to promote the welfare and enhance the happiness of its members; to quicken the spirit of American Patriotism and cultivate good fellowship.” 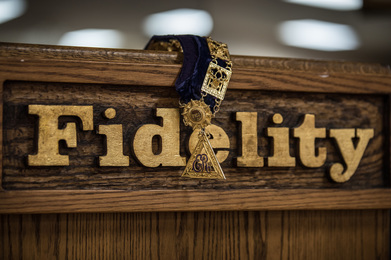 The youth of our country have always been important to the Order. It is for this reason the Elks Drug Awareness Education Program was launched to warn primary grade students and their parents of the dangers in drug use. Additionally, every Lodge observes June 14th as Flag Day, a tradition which the Elks began in 1907 and was later adopted by the Congress as an official observance.

Story of Elkdom
The organization first began as the “Jolly Corks”, a group of artists and thespians, and was led by London born comic, singer and dance, Charles Vivian. The Jolly Corks originally congregated for their own amusement, but when one of the Jolly Corks died leaving his wife and children alone, they decided to dedicate the group to helping the needy.

On February 16, 1868, in New York City, the Jolly Corks formed the Benevolent and Protective Order of Elks, lead by Mr. Vivian. As social activities and benefit performances increased, the popularity of the group swept across the country. Soon, groups from other cities were requesting permission to form their own Lodges.

The Elks then asked the New York State Legislature for a Charter that would allow the Grand Lodge to establish Lodges anywhere in the United States. The Charter was granted and on March 10, 1871, the founding group received the first local charter as New York Lodge No. 1.

Throughout history, the spirit of the Elks is evident. During World War I, the Elks funded the first two field hospitals in France and also built a 72-room community house in Camp Sherman, Ohio. They also built a 700-bed rehabilitation hospital in Boston and raised money for the Salvation Army’s frontline Canteens.

The Elks continued in World War II and was one of the only civilian organizations who helped recruit construction workers and contributed books to the Merchant Marines.

​Even more recently, the Elks showed their dedication during Operation Desert Storm by writing letters to help build the morale of the soldiers. And still today, the Elks of New York continue the tradition and uphold the four cardinal virtues of the Lodge….Charity, Justice, Brotherly Love and Fidelity

Times have changed since its institution all those years ago. Now is a time when technology rules and computers set the pace, the Elks spirit of dedication to the community remains constant. The organization is dedicated to service to the community; specifically handicapped children and veterans. It sponsors community activities such as food basket donations to the needy, scholarships for high school students and many other charitable functions.

Want to Learn More About Joining? 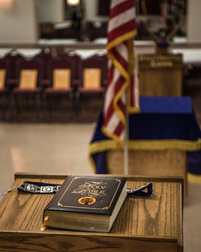 ​To be eligible for membership in the Benevolent and Protective Order of the Elks, you must be a citizen of the United States over the age of 21 who believes in God. You must be sponsored by a member of the Elks Lodge and reside in the jurisdiction of the Lodge you wish to join.  Please contact the Massapequa Elks lodge for an application and a sponsor.

After initiation you will be on your way to making life long friends.  You will be able to attend meetings, social functions, and volunteer in community service projects that you are passionate about.   If you have any questions please feel free to contact one of our officers.